I met C.D. Wright at the recent Beall Poetry Festival at Baylor University. I bought this book because Copper Canyon Press published it, and they maintain high quality in the printing and selection of ... Read full review

One Big Self: An Investigation

When photographer Deborah Luster toured prisons in Louisiana to photograph the inmates, poet Wright (Steal Away: Selected and New Poems ) tagged along to provide a textual record of the experience ... Read full review

C.D. Wright, a Professor of English at Brown University, is the author of eleven books of poetry, as well as several collaborative works with photographer Deborah Luster, most recently One Big Self: Prisoners of Louisiana. She has earned fellowships from the MacArthur and Guggenheim foundations, and is the recipient of a Lannan Literary Award. She lives in Rhode Island. 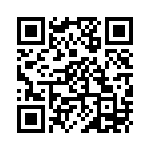