Try the new Google Books
Check out the new look and enjoy easier access to your favorite features
Try it now
Buy eBook - $31.19

Alexandros Washburn is industry professor and founding director of the Center for Coastal Resilience and Urban Xcellence (CRUX) at the Stevens Institute of Technology. He was formerly the chief urban designer of the New York City Department of City Planning under Mayor Michael Bloomberg and former public works advisor and chief architect for Senator Daniel Patrick Moynihan. He lives in Red Hook, Brooklyn. 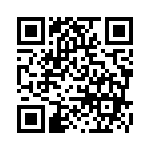