Maybe not as good as Sister Carrie but still worth reading. The many times the main character gets off the mat after he's been pinned is quite something. Read full review

"I satisfy myself" says Frank Cowperwood the Titan in this story of one man's rise to power in the financial world of Chicago in the 1880's. Written in a realist style the book has been said to ... Read full review

Theodore Dreiser was born in Terre Haute, Indiana, the twelfth of 13 children. His childhood was spent in poverty, or near poverty, and his family moved often. In spite of the constant relocations, Dreiser managed to attend school, and, with the financial aid of a sympathetic high school teacher, he was able to attend Indiana University. However, the need for income forced him to leave college after one year and take a job as a reporter in Chicago. Over the next 10 years, Dreiser held a variety of newspaper jobs in Pittsburgh, St. Louis, and finally New York. He published his first novel, Sister Carrie in 1900, but because the publisher's wife considered its language and subject matter too "strong", it was barely advertised and went almost unnoticed. Today it is regarded as one of Dreiser's best works. It is the story of Carrie, a young woman from the Midwest, who manages to rise to fame and fortune on the strength of her personality and ambition, through her acting talent, and via her relationships with various men. Much of the book's controversy came from the fact that it portrayed a young woman who engages in sexual relationships without suffering the poverty and social downfall that were supposed to be the "punishment" for such "sin." Dreiser's reputation has increased instrumentally over the years. His best book and first popular success, An American Tragedy (1925), is now considered a major American novel, and his other works are widely taught in college courses. Like Sister Carrie, An American Tragedy also tells the story of an ambitious young person from the Midwest. In this case, however, the novel's hero is a man who is brought to ruin because of a horrible action he commits - he murders a poor young woman whom he has gotten pregnant, but whom he wants to discard in favor of a wealthy young woman who represents luxury and social advancement. As Dreiser portrays him, the young man is a victim of an economic system that torments so many with their lack of privilege and power and temps them to unspeakable acts. Dreiser is also known for the Coperwood Trilogy - The Financier (1912), The Titan (1914), and the posthumously published The Store (1947). Collectively the three books paint the portrait of a brilliant and ruthless "financial buccaneer." Dreiser is associated with Naturalism, a writing style that also includes French novelist Emile Zola. Naturalism seeks to portray all the social forces that shape the lives of the characters, usually conveying a sense of the inevitable doom that these forces must eventually bring about. Despite this apparent pessimism, Dreiser had faith in socialism as a solution to what he saw as the economic injustices of American capitalism. His socialist views were reinforced by a trip to the newly socialist Soviet Union, and in fact, Dreiser is still widely read in that country. There, as here, he is seen as a powerful chronicler of the injustices and ambitions of his time. Dreiser officially joined the Communist Party shortly before his death in 1945. 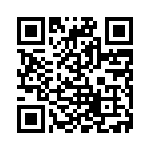