Don Adams received his Bachelor of Arts degree from Reed College and from there went directly to Cornell University, where he studied with Terence Irwin, Gail Fine, and Norman Kretzmann. His Ph.D. dissertation was a comparative study of love and friendship in the moral theories of Socrates, Plato, Aristotle, and Aquinas. He has taught logic and the history of European philosophy - especially ancient Greek philosophy - at about half a dozen colleges and universities across the United States. He is currently Professor of Philosophy at Central Connecticut State University. 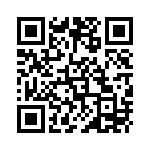