Debasis Bagchi, PhD, MACN, CNS, MAIChE, received his Ph.D. in Medicinal Chemistry in 1982. He is a Professor in the Department of Pharmacological and Pharmaceutical Sciences at the University of Houston College of Pharmacy, Houston, TX, and Chief Scientific Officer at Cepham Research Center, Piscataway, NJ, Adjunct Faculty in Texas Southern University, Houston, TX. He served as the Senior Vice President of Research & Development of InterHealth Nutraceuticals Inc, Benicia, CA, from 1998 until Feb 2011, and then as Director of Innovation and Clinical Affairs, of Iovate Health Sciences, Oakville, ON, until June 2013. Dr. Bagchi received the Master of American College of Nutrition Award in October 2010. He is the Past Chairman of International Society of Nutraceuticals and Functional Foods (ISNFF), Past President of American College of Nutrition, Clearwater, FL, and Past Chair of the Nutraceuticals and Functional Foods Division of Institute of Food Technologists (IFT), Chicago, IL. He is serving as a Distinguished Advisor on the Japanese Institute for Health Food Standards (JIHFS), Tokyo, Japan. Dr. Bagchi is a Member of the Study Section and Peer Review Committee of the National Institutes of Health (NIH), Bethesda, MD. He has published 321 papers in peer reviewed journals, 30 books, and 18 patents. Dr. Bagchi is also a Member of the Society of Toxicology, Member of the New York Academy of Sciences, Fellow of the Nutrition Research Academy, and Member of the TCE stakeholder Committee of the Wright Patterson Air Force Base, OH. He is also Associate Editor for the Journal of Functional Foods, Journal of the American College of Nutrition, and the Archives of Medical and Biomedical Research, and is also serving as Editorial Board Member of numerous peer reviewed journals, including Antioxidants & Redox Signaling, Cancer Letters, Toxicology Mechanisms and Methods, and The Original Internist, among others.

Dr. Sreejayan Nair is a Professor of Pharmacology and the Associate Dean for Research in the School of Pharmacy, College of Health Sciences, University of Wyoming. He also serves as the Director of the interdisciplinary Biomedical Sciences Graduate Program in the University of Wyoming. Dr. Nair earned his bachelors, masters and PhD degree in Pharmaceutical Sciences from the College of Pharmaceutical Sciences, Manipal, India. He received his post-doctoral trainings at the Department of Medicine-II, Ludwig Maximillians University, Klinikum Grosshadern, Munich, Germany, and at the Department of Physiology, University of Tennessee Health Sciences Center, Memphis, TN. His research interests are diabetes and cardiovascular disease. He has published over 75 research papers in peer-reviewed journals and presented at various national and international conferences. His research has been funded by the American Heart Association, American Diabetes Association, and the National Institutes of Health. He has co-edited three books related to diabetes and cardiovascular disease. He is a Fellow of the American College of Nutrition.

Dr. Chandan K Sen is a tenured Professor of Surgery, Executive Director of The Ohio State University Comprehensive Wound Center and Director of the Ohio State University's Center for Regenerative Medicine & Cell Based Therapies. He is also the Associate Dean for Research at The Ohio State University Wexner Medical Center. After completing his Masters of Science in Human Physiology from the University of Calcutta, Dr. Sen received his PhD in Physiology from the University of Kuopio in Finland. Dr. Sen trained as a postdoctoral fellow at the University of California at Berkeley's Molecular and Cell Biology department. His first faculty appointment was in the Lawrence Berkeley National Laboratory in California. In fall of 2000, Dr. Sen moved to The Ohio State University where established a program on tissue injury and repair. Currently, Dr. Sen is a Professor and Vice Chair of Research of Surgery. Dr. Sen serves on the editorial board of numerous scientific journals. He is the Editor in Chief of Antioxidants & Redox Signaling(www.liebertpub.com/ars) with a current impact factor of 8.456. He is the Section Editor of microRNA of Physiological Genomics, a journal of the American Physiological Society. Dr. Sen and his team have published over 250 scientific publications. He has a H-index of 64 and is currently cited 2000 times every year. 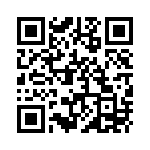