WOW! Chicken Soup for the Woman's Soul, not only opened my heart and rekindle my spirit, but it gived me a new purpose and sense of being and belonging. Women everywhere should read these stories and ... Read full review

Women have many roles in their lives - daughters, wives, mothers, sisters, aunts, grandmothers - well, you get the idea. This group of stories progress through those stages showing how a woman's ... Read full review

Jack Canfield earned his Bachelor's of Arts from Harvard and a Master's degree from the University of Massachusetts. he also has an honorary doctorate from the University of Santa Monica. Canfield has been a high school and university teacher, a workshop facilitator, a psychotherapist and a leading authority in the area of self esteem and personal development for approximately 30 years. Canfield is the founder and co-creator of the Chicken Soup for the Soul book series, which has over 36 titles, 53 million copies in print and is translated into over 32 languages. He is the founder of Self Esteem Seminars in Santa Barbara, California, which trains entrepreneurs, educators, corporate leaders and employees in how to accelerate achievement. Canfield is also the founder of the Foundation for Self Esteem which provides self esteem resources and training for social workers, welfare recipients and Human Resource professionals. Some of his clients include Virgin Records, Sony Pictures, Merrill Lynch, Caldwell Banker, Federal Express, Bergen Brunswig Pharmaceuticals and the American Alzheimers Association. In 1987, Canfield was appointed by the California Legislature to the California Task Force to Promote Self Esteem and Personal and Social Responsibility. He is the co-founder of the National Association for Self Esteem, and a member of the association for Holistic Education, as well as the National Association for for Self Esteem, where he was also a past member of the Board of Trustees and the recipient of the 1993 National Leadership Award. He is also a member of the National Staff Development Council and the National Speakers Association. In 1989, Canfield was awarded the Certified Speaking Professional designation, an honor that is held by less than 5% of NSA's membership. In 1997, he was nominated by three of NSA's past presidents for the coveted CPAE designation. Canfield has appeared on such television shows as Oprah, The Today Show, 20/20, Eye to Eye, the NBC Nightly News and the BBC.

Mark Victor Hansen Mark Victor Hansen has been helping people reshape their personal vision of what's possible for themselves for over 26 years. Hansen's keynote messages of possibility and opportunity have helped create powerful changes in more than 2 million people in 38 countries. He has appeared on such as television shows as Oprah, CNN, Eye to Eye and The Today Show and been interviewed in Time, US News and World Report, USA Today, The New York Times and Entrepreneur Magazine. He is perhaps most well know for his position as co-editor for the "Chicken Soup for the Soul" series of books. Hansen has been called one of the "Top 10 Greatest Motivational Speakers." He's been inducted into the highly acclaimed circle of Horatio Alger recipients because of the path his life has taken. 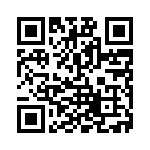