This is just a personal opinion of the novel. Being a high school student required to read this Hemingway novel over the summer, I worked my way through it... at a turtle´s pace. From a student's point of view, or rather from someone who dislikes spending summer vacation reading, I found this novel incredibly tiring.
Many literary critics wrote encouraging reviews on Hemingway's great insight to the World War One. Agreeably, I may have said the same- IF my reading was on the level with ability to dissect such novels and to extract the true meaning, significance, and themes. Alas, as a mere mediocre high school reader, these words were flat in my eyes and forcing myself to gnaw through the novel -wasting my precious summer hours- was very painful.
From what I see, I read a story about an American in the Italian army who falls in love with a British nurse (quite a cliché wartime story, no?). Just that, I was fine with. BUT, that was not it. The worst part came when the reader (or maybe just me), expecting the blissful and "happily ever after" ending, watched it come to an abrupt halt. Perhaps if it ended nicely and smoothly I may have enjoyed the novel. However, it did not. And therefore, the novel ruined my perfectly fine summer day. It is depressing to me, really ·mostly because I did not receive any great insight.
Overall, I believe if you are considering reading this novel... Go for it if you are an experienced reader and enjoy war novels (which I do not) and perhaps you may find Hemingway´s novel very fulfilling and meaningful. On the other hand, if you are like me and are either forced to read the novel, or just happen to be a mediocre reader... I suggest you steer clear from this dreadfully boring novel!
Alright, thanks for reading my review! :)

My favourite I just love this story... read over and over....
Zina.

Ernest Hemingway (1899-1961) was one of the twentieth century's most important novelists, as well as a brilliant short story writer and foreign correspondent. His body of work includes the novels A Farewell to Arms, For Whom the Bell Tolls, and The Sun Also Rises. He won the Pulitzer Prize for his novella The Old Man and the Sea, and in 1954 was awarded the Nobel Prize for Literature. 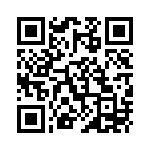