An excellent book analyzing the development of different denominations through the perspective of social, economic, cultural, and racial issues. Quite telling and distressing at times, but mostly on the mark. Read full review

The Social Sources of Denominationalism
Book Review
Niebuhr, H. Richard. 1929. The Social Sources of Denominationalism. Richard Niebuhr wrote his first book, The Social Sources of Denominationalism, during the late 1920s, a period of increasing inequality and social unrest in the U.S. and around the world. Believing in the absolute transcendence of God, he was alarmed that “Christendom has often achieved apparent success by ignoring the precepts of its founder. The church, as an organization interested in self-preservation and in the gain of power, has sometimes found the counsel of the Cross quite as inexpedient as have national and economic groups”. In the movement of the New Testament churches of Christ and Paul, where equality and mutual care were the driving ethic, to institutions who used specific pieces of doctrine to differentiate and main their brand in a competitive market of religious affiliation, Christ, his words, and his example, were lost. Christians, Niebuhr tells us look at their separate establishments and exclusive creeds with pride, instead of the contrition demanded by God’s love. Christian ethics demand service, rather than “a world-fleeing asceticism”. Christians compromise their ethics to those of the ruling economic and secular powers and do not address social evils of exploitation and greed, instead focusing on individual behaviors, such as drunkenness and obscenities, not appreciating the unequal structures that give rise to such individual sins.
The lack of Christian unity is a guiding thread in this amazing scan of Christianity. He began his search for Christian divisions in theology and then in polity (church structure and governance), but found neither gave a satisfactory explanation of the emergence of denominations and their continued efforts at separation. By linking the emergence of denominations from what often began as churches of the disinherited to social class, nationalism, and in the U.S. sectionalism (east versus the frontier, north versus south), immigration (tied to nationalism) and race, Niebuhr allows us to understand religion as a defining identity only marginally related to a transcendent God and God’s son. “The domination of class and self-preservative church ethics over the ethics of the gospel must be held responsible for much of the moral ineffectiveness of Christianity in the West.” Indeed, he argues, denominations turn into castes. And, he argues, Christendom’s moral weakness is the defeat of the Christian ethics of brotherhood by the ethics of caste.
He goes beyond Weber in linking particular Protestant denominations to the growth of capitalism, but sees them as distinct. And he sees in the linking of many forms of Protestantism to the development of capitalism a move to individualistic rather than collective concerns. He is particularly insightful in his discussion of how denominations dealt with the issues of slavery and secession from the Union. The churches that began as movements of the dispossessed with the emphasis on equality of God’s children (the Methodists and the Baptists), condemned slavery, while the churches that had come to the U.S. as off-shoots of state churches, such as Episcopalians and Lutherans, were concerned about defying the temporal order. As a result, the Methodists and the Baptists split, with the Northern churches continuing to condemn slavery (and slave owners) and the Southern churches proclaiming the importance of slavery to protect an “inferior” race. He also shows the emergence of African American churches as the African American members chose self-determination rather than an inferior role in an “integrated” institution.
Niebuhr was driven to his scholarship to help Christians acknowledge the secular character of denominations, which he feels is necessary to confess before Christian unity can lead us toward the Kingdom. “The road to unity is the road of repentance. It demands a resolute turning away from all those loyalties to the lesser values of the self, the

H. Richard Niebuhr was one of the most influential American Protestant theologians of the 20th century and a legendary professor at Yale who was considered a leading authority on ethics and the American church. He was a passionate advocate for living out one's Christian faith authentically in the context of real world of today. He influenced many of our leading contemporary ethical leaders such as Stephen Carter, Garry Wills, and Michael Novak. The younger brother of the theologian Reinhold Niebuhr, H. Richard was educated at Eden Theological Seminary and Washington University in St. Louis, Yale Divinity School, and Yale University, where he was one of the first students to receive a Ph.D. in religion (1924). Ordained a pastor of the Evangelical and Reformed Church in 1916, he taught at Eden Theological Seminary (1919-22; 1927-31) and also served as president of Elmhurst College (1924-27). From 1931 he taught theology and Christian ethics at Yale Divinity School. 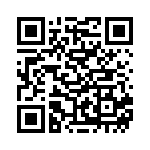