Janet Todd is Herbert JC Grierson Professor of English Literature at the University of Aberdeen.

Antje Blank is Research Fellow in the Department of English at the University of Aberdeen. 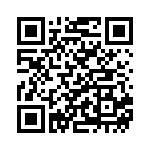