This is the 2nd edition of Capetian France which is an enormous improvement from the 1st edition. The work expands into using various medieval documents to tell the story of this almost obscure period ... Read full review

My approach to European history has always been more or less random; whatever interesting-looking book happens to turns up in the remainder bin or at a used bookstore. This haphazard approach results ... Read full review 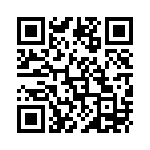