Everything you ever needed to know about the German Army of the East (and indeed the Wehrmacht as a whole) on that fateful day – June 22nd, 1941.
Volumes IIa and IIb – especially the former, which is the largest book – of Askey’s Barbarossa series covers the entire organisational and statistical approach to understanding the Wehrmacht at the outset of Operation Barbarossa.
We’re talking about weapons, logistics, tables of equipment, orders of battle, distribution of military equipment throughout the Reich. EVERYTHING. If you want to know the history and technical details of each weapon in service with the Wehrmacht in 1941, read these volumes. If you want to know the technical efficiency of the German logistical effort for Operation Barbarossa (something which historians always criticise, unjustly), read these volumes. If you want to know the differing capabilities and qualities between the various German divisions deployed throughout the Reich in 1941 according to category (e.g. 1st Wave, 2nd Wave, 3rd Wave, etc. …) and authorised strength vs. actual strength, read these volumes. If you want to know the exact amount of tanks, aircraft, howitzers, guns, trucks, cars and halftracks each German army group, air fleet or other independent theatre command (e.g. The Afrika Korps) had in June 1941, read these volumes.
As well as setting the stage to understanding the sheer military and economic scale of what was arguably the most breathtaking military campaign in history, the statistical elements in Volume IIa and IIb are also essential in dispelling age-old myths that are still perpetuated by historians who ignore the mathematical method in drawing their conclusion. No longer are young scholars at the mercy of academic dinosaurs – the old breed of World War II historians – who claim with unflattering gusto that the Pak 36 was the worst anti-tank gun in history (forget the fact that this ‘door-knocker’ could destroy 94 per cent of the Soviet Union’s 1941 tank arsenal at stand-off combat ranges) or that a 1941-type panzer division was inherently weaker due to having only a single tank regiment (forget the fact that in 1941 the Germans deployed a higher proportion of better gunned and protected armoured charges than in 1940 and for all intensive purposes, also forget the over five hundred comparatively well-armed assault guns and tank destroyers that also partook in Barbarossa – unlike in the Case Yellow). The statistical reality – as revealed by Askey – paints quite a different picture to the regurgitated bilge that comes from the old breed of history tellers which is claimed as ‘fact’ without challenge. Critical reassessment of modern history’s greatest invasion by way of statistical analysis – what could be better?
Another core theme present throughout the book is that numbers – such as amount of divisions a given military may possess in its order of battle and the arsenal of weapons at its disposal and its available manpower pool – do not (and as history has indeed witnessed in the initial phases of Operation Barbarossa) dictate outcomes. Technically – according to most purely organisational-based simulations – the German Army should have been destroyed on the Soviet border, yet it made it to within an ace of the Soviet capital; other factors such as strategy, training, experience, morale, leadership quality, communications and logistical efficiency also need to be acknowledge in assessing the overall effectiveness of an army.
Indeed, all the information displayed in Volumes I, IIa and IIb (and those yet to be released), accumulated through a decade of research, is done with the intention of recreating a new and more accurate military simulation of the Operation Barbarossa scenario. 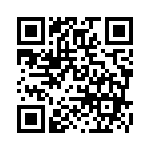