This book was very interesting. You don't have to buy into the whole Jungian interpretations to enjoy it. Some of it resonated with me, and some of it didn't, but, as a literature major, I found it ... Read full review

I bought this book way back when it first exploded the world when it came out, back in the late 1990s. But never got around to reading it. But then my new Bitches with Bookmarks group picked it for ... Read full review

Clarissa Pinkola Estes was born in Indiana in 1943 to parents of Spanish and Mexican ancestry, but was later adopted by Hungarian immigrants. She received her Ph.D. from the Union Institute in Cincinnati, Ohio, and was certified as a Jungian analyst in 1984. She worked as a psychoanalyst in private practice and developed and taught the Writing as Liberation of the Spirit program in state and federal prisons. Estes served as executive director of the C.G. Jung Center for Education and Research and cofounded and codirected Colorado Authors for Gay and Lesbian Equal Rights. One of Estes's better-known writings, Women Who Run with the Wolves: Myths and Stories of the Wild Woman Archetype (1992), is drawn from tales and myths she heard firsthand from members of such cultures as Asian, Mexican, African, and Greek. She also wrote The Gift of Story (1993). Her books can be found indexed under Psychology, Women's Studies, Mythology, Spiritual Development, and Poetry. 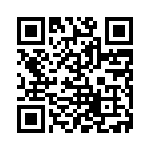