94 other sections not shown

Donald G. Fink (deceased) was director emeritus of the Institute of Electrical and Electronic Engineers (IEEE). The Fourteenth Edition of this Handbook was dedicated to his memory and accomplishments. The reader is referred to that dedication to appreciate the outstanding contributions Mr. Fink made to the field of electrical engineering.

Donald Christiansen, former staff director of Electrical and Electronics Engineers, is a publishing consultant and president of Informatica. He is a Fellow of the IEEE, an Eminent Member of Eta Kappa Nu, and Editor Emeritus of "IEEE Spectrum, " where for many years he held the post of Editor and Publisher. Mr. Christiansen received his electrical engineering degree from Cornell University and worked for Philco Corporation and CBS Electronics, where he was an engineering group leader. He is a registered professional engineer. His interests include the history of science and technology, engineering education, and ethics in engineering and engineering management. He is a Fellow of the Radio Club of America and a member of the Society for the History of Technology. He served as a member of the National Research Council Commission on the Education and Utilization of the Engineer, and initiated the "IEEE Spectrum" Precollege Math/Science Education Award program to recognize innovative projects that stimulate young people's interest in technical careers. He was elected to membership in the New York Academy of Sciences and the Royal Institution (London), and is a Fellow of the World Academy of Art and Science. He was a member of the IEEE Publications Board for several years and a member of the magazine policy committee of the American Institute of Physics. He is the editor of "Engineering Excellence, "

Charles K. Alexander is Professor of Electrical and Computer Engineering and Dean of Fenn College of Engineering at Cleveland State University. A Fellow of the Institute of Electrical and Electronics Engineers, he is active in IEEE affairs and served as IEEE president in 1997. Dr. Alexander received his BSEE from Ohio Northern University, and his MSEE and Ph.D. from Ohio University. He has served as a consultant to numerous companies and governmental organizations, including the Navy and the Air Force. He is Director of the Center for Research in Electronics and Aerospace Technology at CSU. His research and development projects have ranged from solar energy to software engineering. He was named Distinguished Professor at Youngstown State University in recognition of his outstanding teaching and research, and was awarded the Distinguished Engineering Education Award and the Distinguished Engineering Education Leadership Award, both by the San Fernando Engineering Council. He is co-author of "Fundamentals of Electric Circuits, " published by McGraw-Hill, and has written numerous technical papers.

Ronald K. Jurgen is the editor of the "Automotive Electronics Handbook, " 2nd edition (McGraw-Hill, 1999) and the "Digital Consumer Electronics Handbook" (McGraw-Hill, 1997). Mr. Jurgen received his electrical engineering degree from Rensselaer Polytechnic Institute. He is the editor of the Society of Automotive Engineers. He is a Life Senior Member of the Institute of Electrical and Electronics Engineers and former Senior Editor of "IEEE Spectrum. 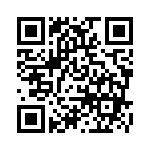