Readers looking for an impetus to start exercising will find it in this accessible and well-organized book from health journalist Foreman (The Global Pain Crisis). She begins with a quick overview of ... Read full review

Judy Foreman is a nationally syndicated health columnist who has won more than 50 journalism awards and whose columns have appeared regularly in the Boston Globe, Los Angeles Times, Dallas Morning News, Baltimore Sun, and other national and international outlets. She graduated Phi Beta Kappa from Wellesley College, served in the Peace Corps in Brazil for three years, and received a Master's degree from the Harvard Graduate School of Education. From 2000 to 2001, she was a Fellow in Medical Ethics at Harvard Medical School. She has been a Lecturer on Medicine at Harvard Medical School, a Knight Science Journalism Fellow at the Massachusetts Institute of Technology, and a Senior Fellow at the Schuster Institute for Investigative Journalism at Brandeis University. She has also been the host of a weekly, call-in radio show on Healthtalk.com. She has won more than 50 journalism awards, including a George Foster Peabody award for co-writing a video documentary about a young woman dying of breast cancer, and she is author of A Nation in Pain: Healing our Biggest Health Problem (Oxford, 2014) and The Global Pain Crisis: What Everyone Needs to Know (Oxford, 2017). 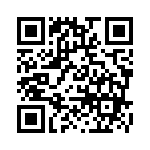