This is my second book by Jim Harrison in as many months, and I think I have to put him on my favorite authors list. He has a way of combining humor and philosophy in a very agreeable way. Read full review

I love Jim Harrison's writing.... he's a modern day Twain, or a northern version of Roy Blount Jr./Dan Jenkins. Not a page passes without a smile on my face, a chuckle, or an outright laugh (which is ... Read full review

James Thomas Harrison was born on December 11, 1937 in Grayling, Michigan. After receiving a B.A. in comparative literature from Michigan State University in 1960 and a M.A. in comparative literature from the same school in 1964, he briefly taught English at the State University of New York at Stony Brook. During his lifetime, he wrote 14 collections of poetry, 21 volumes of fiction, two books of essays, a memoir, and a children's book. His collections of poetry included Plain Song, The Theory and Practice of Rivers, Songs of Unreason, and Dead Man's Float. He received a Guggenheim fellowship for his poetry in 1969. His essays on food, much of which first appeared in Esquire, was collected in the 2001 book, The Raw and the Cooked. His memoir, Off to the Side, was published in 2002. His first novel, Wolf, was published in 1971. His other works of fiction included A Good Day to Die, Farmer, The Road Home, Julip, and The Ancient Minstrel. His novel, Legends of the Fall, was adapted into a feature film starring Anthony Hopkins and Brad Pitt. Harrison wrote the screenplay for the movie. His novel, Dalva, was adapted as a made-for-television movie starring Rod Steiger and Farrah Fawcett. He died on March 26, 2016 at the age of 78. 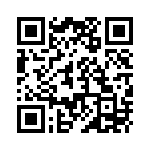