First-time author Vlad Zachary, grew up in Sofia, Bulgaria. During his college years, he built a name as a journalist for pro-democracy periodicals. As a student, Vlad also made his way onto the national TV scene in Bulgaria, where he anchored a leading, live news show. A few years later, he came to the United States, earned a Babson College MBA, and made a career in e-commerce, software, and marketing. Along the way, Vlad produced the Mastering The Job Interview DVD, and wrote The Excellence Habit.

The Excellence Habit, was launched in January, 2016 and became an instant Amazon best-seller in Business & Money, Applied Psychology, and Leadership.

For best price on The Excellence Habit paperback, and to make sure you are buying the original, go to CreateSpace.
Stop by and say "hello" at my author page at VladZachary.com 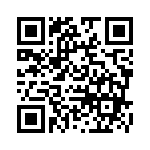