Jean Jacques Rousseau was a Swiss philosopher and political theorist who lived much of his life in France. Many reference books describe him as French, but he generally added "Citizen of Geneva" whenever he signed his name. He presented his theory of education in Emile (1762), a novel, the first book to link the educational process to a scientific understanding of children; Rousseau is thus regarded as the precursor, if not the founder, of child psychology. "The greatest good is not authority, but liberty," he wrote, and in The Social Contract (1762) Rousseau moved from a study of the individual to an analysis of the relationship of the individual to the state: "The art of politics consists of making each citizen extremely dependent upon the polis in order to free him from dependence upon other citizens." This doctrine of sovereignty, the absolute supremacy of the state over its members, has led many to accuse Rousseau of opening the doors to despotism, collectivism, and totalitarianism. Others say that this is the opposite of Rousseau's intent, that the surrender of rights is only apparent, and that in the end individuals retain the rights that they appear to have given up. In effect, these Rousseau supporters say, the social contract is designed to secure or to restore to individuals in the state of civilization the equivalent of the rights they enjoyed in the state of nature. Rousseau was a passionate man who lived in passionate times, and he still stirs passion in those who write about him today.

P. N. Furbank was born Philip Nicholas Furbank in Cranleigh, Surrey on May 23, 1920. He studied at Cambridge University. During World War II, he served in the British Army in Italy. He was a lifelong stammerer, and this challenge led him to leave Cambridge, where he had taught in the late 1940s and early 1950s, to work in London as a librarian and an editor. He was a critic and scholar who wrote several books including Italo Svevo: The Man and the Writer, E. M. Forster: A Life, and Diderot: A Critical Biography, which was the first recipient of the Truman Capote Award for Literary Criticism in 1995. He and fellow scholar W. R. Owens began their Daniel Defoe collaboration in the early 1980s, and over 20 years they published four books and were the general editors of a 44-volume collection of Defoe's works. He died on June 27, 2014 at the age of 94. 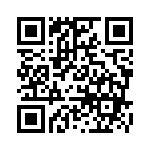