Being a very interesting biography of the pop singer who also had many connections and considerable influence in the rock and folk communities. Her story is very interesting and is told well. The author does get a little hung up on her subject's early, somewhat mysterious death. Read full review

Eddi Fiegel is a music journalist who writes for the Guardian, Sunday Times, Mojo and Uncut. She is the author of John Barry: A Sixties Theme. 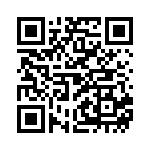