Excellent. shows the strength of biography for getting across complexities of history. R's life makes for a clear narrative and a sense of who's on which side in the swirling tide.We learn also that R ... Read full review

A well written and fascinating account of the life and career of this most famous and infamous of French revolutionaries. Robespierre is a fascinating man of contrasts. For much of his life, certainly ... Read full review

Born in 1971, Ruth Scurr studied at Oxford and Cambridge, where she currently teaches politics and history. A prominent literary critic, she has written for The New York Review of Books and The Times Literary Supplement. Fatal Purity is her first book. 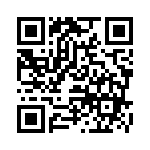