Charles Oppman was born in 1949 in Gary, Indiana, essentially a Chicago suburb. Charles is convinced that that his culinary education began as a boy when he was introduced to a variety of ethnic cuisines and cultures in his home town. Few chefs take the route to become a chef that Charles Oppman did. Most chefs begin their careers right out of high school, but not Charles. He didn't begin his culinary odessy until he was in his early 30s. Charles embarked on a cooking career in the mecca of American cuisine, New Orleans. It was in the Big Easy where he discovered the exhilarating world of gastronomy. He completed a culinary arts program while working at some of New Orleans' finest pastry shops, restaurants and hotels. That was over thirty years ago. Charles has never looked back. He went on to become Pastry Sous Chef at the historic Willard Hotel in Washington, D.C. then he opened his own restaurant, Cafe Marianna, in Alexandria, Virginia. Long before Charles entered the culinary world, he enjoyed successful careers in public health and the health care industry. Chef Charles holds degrees from Indiana State University and the University of Minnesota where he studied occupational and environmental health and food safety. His academic and professional pursuits and experience as a chef make him uniquely qualified to author a book about the culinary world, the prevention of foodborne disease and eco-gastronomy issues such as seafood sustainability. Charles Oppman is a free-lance food journalist currently living in Alexandria, Virginia. 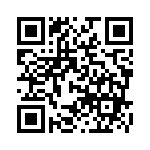