Last entry in Birmingham's alternate WWII trilogy (Designated Targets, 2005, etc.), wherein a multinational navy flotilla from 2021 is hurled back in time to 1942—right into the thick of the Battle ... Read full review

As the German and Japanese governments race to develop an atomic bomb, the newly strengthened Soviet Union poses its own threat to a world at war. Adm. Philip Kohlhammer, who "Transitioned" from the ... Read full review

John Birmingham was born in Liverpool, England on August 7, 1964. He migrated with his parents to Australia in 1970. He attended St. Edmunds Christian Brother's College and the University of Queensland in Brisbane. He holds a degree in international relations. He has written numerous fiction and nonfiction books including The Axis of Time Trilogy, Without Warning, He Died with a Felafel in His Hand, and How to Be a Man. Leviathan won the National Award for Nonfiction at Australia's Adelaide Festival of the Arts. He has also written for numerous magazine including The Sydney Morning Herald, Rolling Stone, Penthouse, and Playboy. 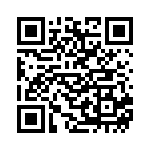