Nathan Teske has a PhD in Political Science from the University of California, Berkeley. He works for Catholic Charities in Oregon. 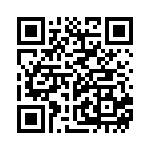