Venice and the Renaissance

In this series of insightful but at times inaccessible essays, Tafuri considers some of the principal architectural projects and proposals of late Renaissance Venice. Armed with a powerful intellect ... Read full review

Jessica Levine is a writer and translator living in New York City. She has previously translated two works by Manfredo Tafuri, History of Italian Architecture, 1944-1985 and Venice and the Renaissance. 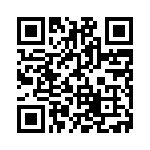