Patrick Scott Belk is Assistant Professor of English in the Multimedia and Digital Culture program at the University of Pittsburgh, Johnstown, USA, principal investigator for The Pulp Magazines Project, and webmaster for the Joseph Conrad Society UK. 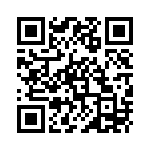