Guillaume Apollinaire is one of the most widely read and influential of modern French poets. He was born either in Rome, where he was baptized, or in Monaco, where he was educated at the Lycee Saint-Charles. Quintessentially modern, his reputation rests principally on two volumes of poems-Alcools (1913) and Calligrammes (1918), which broke with the traditions of nineteenth-century poetry in both form and content. Apollinaire introduced free verse, eliminated punctuation, and even wrote poems in the form of pictures to express the dynamism of the new twentieth century. Apollinaire wrote novels, short stories, and plays as well as poetry. He wrote The Cubist Painters (1913), which first defined the nature of cubism. In addition, he edited for the Bibliotheque des Curieux erotic books of repute and helped to catalogue the repository of forbidden books in the Bibliotheque Nationale. He became the friend of great cubists, including Picasso and Braque. He died in the Spanish influenza epidemic of 1918. 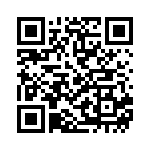