Andrea Moro is a Professor of General Linguistics at the Institute for Advanced Study IUSS Pavia, Italy, where he is also Director of the Research Center for Neurolinguistics and Theoretical Syntax (NEtS). 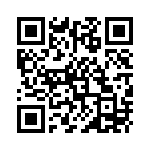