A seedy book about a seedy woman who single handedly created both the concept and the uniform of the modern woman. A story full of intrigue, betrayal and subterfuge about one who was on the wrong side ... Read full review

Not really as advertised. Coco Chanel may not have been anyone's idea of a sweet woman, but she did not really engage in activities with the enemy--except for reprehensibly trying to steal the Chanel perfume company from its Jewish owners. Read full review

Hal Vaughan has been a newsman, foreign correspondent, and documentary film producer working in Europe, the Middle East, and Southeast Asia since 1957. He served in the U.S. military in World War II and Korea and has held various posts as a U.S. Foreign Service officer. Vaughan is the author of Doctor to the Resistance: The Heroic True Story of an American Surgeon and His Family in Occupied Paris and FDR’s 12 Apostles: The Spies Who Paved the Way for the Invasion of North Africa. He lives in Paris. 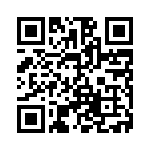