Mark Twain was born Samuel Langhorne Clemens in Missouri in 1835. He is the author of several American classics, including The Adventures of Huckleberry Finn, The Adventures of Tom Sawyer, and A Connecticut Yankee in King Arthur’s Court. Often referred to as “The Father of American Literature,” Twain is hailed as one of the greatest writers of all time. Additionally, he was an avid inventor and entrepreneur and worked as a riverboat pilot for a few years of his life. In 1910, he passed away in Redding, Connecticut. 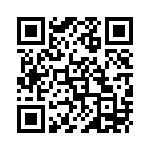