Interesting read. Vaguely disturbing and I really found the ending to be less-than-satisfying. It seemed very rushed. I loved the whole "Brilliant scientist in the world of high finance" idea, but ... Read full review

This is an enjoyable read if, especially if you're interested in the technology or financial markets. It isn't without flaws, in particular, the link between the core AI/Hedge fund story and the ... Read full review

Robert Harris’s previous books include Fatherland, Enigma, Archangel, Pompeii, Imperium, Conspirata, and The Ghost Writer (originally published as The Ghost). His work has been translated into thirty-seven languages, and he is a Fellow of the Royal Society of Literature. He has been a television correspondent for the BBC, political editor of The Observer, and a columnist for The Sunday Times and The Daily Telegraph. He lives in a village near Hungerford in Berkshire, England. 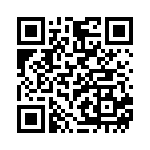