After an unhappy period as a high school teacher, Karl Wilhelm Weierstrass was offered a position teaching in Berlin in 1856 on the strength of his publication of a paper on Abelian functions. Later, at the University of Berlin, he became the center of an important circle of younger mathematicians who carried out his approach to "arithmeticizing" mathematics, which was particularly influential in the latter part of the nineteenth century. In fact, supplying rigorous foundations to all mathematical arguments was one of his major preoccupations. Among the areas of research pursued by Weierstrass, the most important were analytic functions, elliptic and hyperelliptic functions, Abelian functions, and the calculus of variations. Although Weierstrass published few books and papers, he was well known for his lectures. 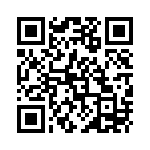