This is one of the most important books on Game Theory, and also, thankfully, one of the more accessible (certainly much more so than von Neumann's and Morgenstern's book). His main theses are that ... Read full review

Thomas Crombie Schelling was born in Oakland, California on April 14, 1921. He received a bachelor's degree in economics from the University of California, Berkeley in 1944. After working as an analyst for the federal Bureau of the Budget, he attended Harvard University. He spent two years in Denmark and France as an economist for the Economic Cooperation Administration. In 1950, he joined the White House staff of the foreign policy adviser to President Harry S. Truman. In 1951, he received his doctorate from Harvard and published his first book, National Income Behavior: An Introduction to Algebraic Analysis. He taught economics at Yale University, Harvard University, and the University of Maryland's Department of Economics and School of Public Policy before retiring in 2003. He wrote several books during his lifetime including International Economics, The Strategy of Conflict, Strategy and Arms Control written with Morton H. Halperin, Arms and Influence, Micromotives and Macrobehavior, Choice and Consequence, and Strategies of Commitment. In 2005, he and Robert J. Aumann received the Nobel Prize in economic science for "having enhanced our understanding of conflict and cooperation through game-theory analysis." He died on December 13, 2016 at the age of 95. 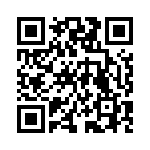