47 pages matching democracy in this book

A SHINING CITY: The Legacy of Ronald Reagan

Excerpts drawn from 50 of Reagan's post-presidential speeches (delivered during 199094), interwoven with tributes to the president from a variety of notables, including Billy Graham, Henry Kissinger ... Read full review

Ronald Wilson Reagan, 1911 - 2004 Ronald Reagan was born in Tampico, Illinois on February 6, 1911. He worked his way through Eureka College, where he studied economics and sociology. After graduation, he became a radio sports announcer for WOC, a small radio station in Davenport, Iowa. Reagan enlisted in the Army Reserve. An agent for Warner Brothers "discovered" him in Los Angeles in 1937 and offered him a seven-year contract. He played George Gipp in his most acclaimed film, "Knute Rockne -- All American" in 1940. In 1942, the Army Air Force called him to active duty and assigned him to the 1st Motion Picture Unit in Culver City, California, where he made over 400 training films. On December 9, 1945, he was discharged. During the next two decades he appeared in 53 films. As president of the Screen Actors Guild, he became embroiled in disputes over the issue of Communism in the film industry and his political views shifted from liberal to conservative. He toured the country as a television host, becoming a spokesman for conservatism. In 1966, he was elected Governor of California and was re-elected in 1970. For several months after his gubernatorial term ended in 1974, he wrote a syndicated newspaper column and provided commentaries on radio stations across the country. On November 20, 1975, Reagan announced his candidacy for the Republican nomination for president. He lost the party's nomination, but his showing laid the groundwork for the 1980 election. After winning the party's nomination in 1980, he chose George Bush as his running mate. Reagan won the election and was President of the United States from 1981 to 1989. At the end of his administration, the Nation was enjoying its longest recorded period of peacetime prosperity without recession or depression. In 1994, he was diagnosed with Alzheimer's disease. He died on June 5, 2004.

Ronald Reagan and Nancy Reagan were America's president and first lady, from 1981 to 1989.  Nancy Reagan was raised in Chicago and attended Smith College.  In New York, she appeared on Broadway.  She was signed by MGM and she made eight motion pictures before leaving to marry Ronald Reagan.  She is the author of a memoir, My Turn. 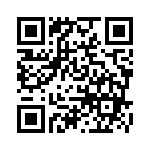