Very insightful book about the challenges of fighting drunk driving offenses, and how it takes a combination of action by other elements besides just the court system in helping to make a difference. On a seperate but similar note regarding this DUI topic, many people facing a DUI still need a strong DUI defense, and help with the DUI fees involved. Free online resources such as http://www.FightDUIcharges.com can help provide local drunk driving lawyers that can assist with flexible payments to afford the DUI fees for fighting their case. 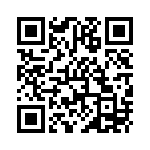