Being an intensive study of the pioneering photographer's portraiture. The book includes a great deal of appended detail on models, mythological subjects, and provenance. The photography is very good; the purchaser accepts that there will be a sameness in subject matter. Read full review

Julia Margaret Cameron, 1815 - 1879 Photographer Julia Margaret Cameron was born in Calcutta in 1815 to a wealthy British family. She was educated in France and England and, in 1824; she married the jurist Charles Hay Cameron. They settled in Sri Lanka where he worked on the legal code of the country and acquired several coffee plantations. In 1848, the Camerons returned to England. At the age of 48, Cameron received a camera as a gift from her two daughters and embraced photography. She had her garden greenhouse converted to a darkroom and studio. Her first photograph produced was entitled Annie, My First Success in 1864. She then did a series of portraits of great men of her day that included Alfred, Lord Tennyson; Charles Darwin; Henry Wadsworth Longfellow; Robert Browning and Sir John Herschel. Cameron pioneered several techniques designed to heighten the expressive possibilities of the portrait, which included soft focus and carefully blurred images, the narrow close-up, and harsh lighting. Her costume pieces illustrated religious, literary, poetic and mythological themes. She produced many studio tableaux and book illustrations Cameron returned to Sri Lanka in 1875 and, with the exception of a few photographs, gave up photography. In 1879, Julia Margaret Cameron died.

Debra N. Mancoff is the author of "David Roberts: Travels in Egypt & the Holy Land" (Pomegranate, 1999); "Burne-Jones" (Pomegranate, 1998); "The Return of King Arthur: The Legend Through Victorian Eyes" (Harry N. Abrams, 1995) & many other publications. She attended the University of Illinois & Northwestern University (where she received her Ph.D.). She currently is a scholar-in-residence at the Newberry Library in Chicago.

Of her approach to biography, Rose has said: "Most people think of a biographer as somebody who accumulates facts about people's lives. . . . But I think of myself as somebody who puts the facts of people's lives into different contexts, or emphasizes shape somehow, and puts facts into new structures." A feminist critic, Rose's work has focused primarily on the lives of women. In Women of Letters: A Life of Virginia Woolf (1978), which was nominated for a National Book Award, Rose explores the relationship among Woolf's writing, recurring bouts of mental illness, and sexuality. Her most popular work to date has been Parallel Lives: Five Victorian Marriages (1983), a highly readable and penetrating study of the marriages of several famous nineteenth-century writers. Her latest biography Jazz Cleopatra (1989), is a compelling study of the jazz singer and performer Josephine Baker. A collection of essays, Never Say Goodby, was published in 1991. 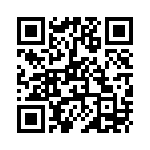