Five stars for the message, but I should have deducted one point for the flabby, often impenetrable academic writing style. Interesting overview and insightful perspectives of the future of AI. Cover ... Read full review

An exercise in bike-shedding of epic proportions. More charitably, it's a very interesting book about ethics, progress and society. It's no more about AI than astrology is about planets. Read full review

Nick Bostrom is Professor in the Faculty of Philosophy at Oxford University and founding Director of the Future of Humanity Institute and of the Programme on the Impacts of Future Technology within the Oxford Martin School. He is the author of some 200 publications, including Anthropic Bias(Routledge, 2002), Global Catastrophic Risks (ed., OUP, 2008), and Human Enhancement (ed., OUP, 2009), and a forthcoming book on Superintelligence. He previously taught at Yale, and he was a Postdoctoral Fellow of the British Academy. Bostrom has a background in physics, computational neuroscience,and mathematical logic as well as philosophy. 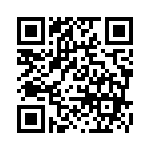