Dawn Day Biehler is assistant professor of geography and environmental studies at the University of Maryland, Baltimore County. She lives with her family in Washington, D.C. 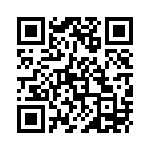