I was thinking of movies that I have loved and wondered what ones might have been inspired by books that I was unaware of. I quickly thought of Big Fish and decided to listen to it. If you are ... Read full review

I loved the movie so had to read the book when I saw it at the library but was very disappointed. I didn't like the father at all and I found the writing very sparse. Read full review 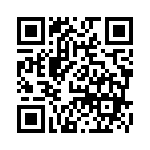