Justin Davies has been a Linux user since the age of 15, after getting frustrated at the (lack of) features in DOS. After University, he became a technical consultant at SUSE Linux, where he became very interested in Linux on non-Intel architecture. After a stint as a Unix administrator post-SUSE, he joined the world of the value-added reseller and now works for SCC as an enterprise solutions architect, helping organizations realize that Linux is a viable business solution.

After working as a teacher of mathematics and as deputy head of an independent school in London, Roger Whittaker discovered Linux in 1996 and became increasingly interested (some would say obsessed). When SUSE Linux opened its U.K. office in 1999, he changed careers and worked as a technical and training consultant until early 2004, when he moved to a position in London as a Linux consultant at CSF, a leading supplier of enterprise information technology solutions. He is a Council member of UKUUG, the U.K.’s Unix and Open Systems user group.

William von Hagen has been a Unix system administrator for over 20 years and a Linux fanatic since the early 1990s. He has worked as a systems programmer, system administrator, writer, application developer, programmer, drummer, and content manager. Bill has written books on such topics as Linux filesystems, Red Hat Linux, GCC, SGML, Mac OS X, and hacking the TiVo. He has written numerous articles on Linux, Unix, and open source topics for publications including Linux Magazine, Linux Format, and Mac Format. An avid computer collector specializing in workstations, he owns more than 200 computer systems. 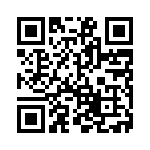