Alvarez is the author of numerous books and anthologies of poetry, fiction, nonfiction, and criticism. He is also a frequent contributor to the New Yorker and the New York Review of Books and perhaps the only published poet ever to participate in the World Series of Poker.

Jay Parini was born in Pittston, Pennsylvania in 1948. In 1970 he graduated from Lafayette College and he received a doctorate from the University of St. Andrews in 1975. Before becoming a professor of Engliah and Creative Writing at Vermont's Middlebury College in 1982, Parini taught at Dartmouth College. Parini writes poetry, novels, biographies, and criticism, and he has published numerous reviews and essays in major journals and newspapers. He co-founded the New England Review in 1976. In 1995, he was appointed literary executor for author Gore Vidal. A film version of The Last Station, his 1990 novel, was released in 2009. Parini's novel, One Matchless Time: A Life of William Faulkner, made the New York Times bestseller list in 2015. 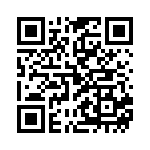