Whose Justice? Which Rationality?, the sequel to After Virtue, is a persuasive argument of there not being rationality that is not the rationality of some tradition. MacIntyre examines the problems ... Read full review

A history of Western ideas about rationality and justice. So, "WHOSE ideas about justice are we contemplating (and forcibly pushing out for others to them to deal with, or else!)?" Read full review 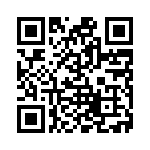