Gary Atkins is associate professor of communication at Seattle University. 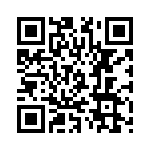