Edward Blishen was born on April 29, 1920. He was an English author and broadcaster. He may be known best for the first of two children's novels based on Greek mythology, written with Leon Garfield, and illustrated by Charles Keeping. For The God Beneath the Sea, Blishen and Garfield won the 1970 Carnegie Medal from the Library Association, recognizing the year's best children's book in England. Blishen was born in Hertfordshire, England. He died on December 13, 1996. 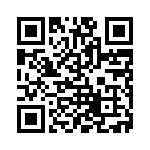