53 pages matching talk in this book

Cleverly constructed and compulsively readable. When people talk about the difference between literature and genre fiction, Goldman, who wrote The Princess Bride and Marathon Man, is the sort of ... Read full review

William Goldman was born in Highland Park, Illinois on August 12, 1931. He received a bachelor's degree in English from Oberlin College and a master's degree from Columbia University. He began his writing career in 1957 and wrote his first screenplay Masquerade in 1965. During his lifetime, he wrote more than 20 screenplays and over 20 novels. He wrote the screenplays for Butch Cassidy and the Sundance Kid, Misery, A Bridge Too Far, The Stepford Wives, and Chaplin. He adapted three screenplays from his own novels including The Princess Bride, Marathon Man, and Heat. His other novels included The Temple of Gold, No Way to Treat a Lady, Adventures in the Screen Trade, Hype and Glory, and Which Lie Did I Tell. He sometimes wrote under pseudonyms during his career including S. Morgenstern and Harry Langlaugh. He won three Lifetime Achievement Awards for Screenwriting, including the 1985 Laurel Award for Lifetime Achievement in Screenwriter. He won two Screenwriter of the Year Awards and two Academy Awards, one for Butch Cassidy and the Sundance Kid and the other for All the President's Men. He also won an English Academy Award. He died from colon cancer and pneumonia on November 16, 2018 at the age of 87. 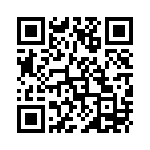