Set at an elite Manhattan all girls high school, HUMMINGBIRDS is a novel of simmering high-school angst, from the perspective of the teachers as well as the students, and is not the dishy, Gossip Girl ... Read full review

AUDIO VERSION. This book was a really strange read - or since it was the audio book - a really strange listen? It was very uneven and kept meandering in the slowest way - taking time to deviate to all ... Read full review

Joshua Gaylord has taught at an Upper East Side prep school for the past ten years. He also teaches literature and cultural studies as an adjunct professor at the New School. He lives in New York. 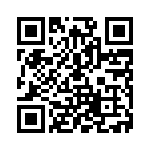