Dr Iain Gardner is Chair and Senior Lecturer at the Department of Studies in Religion, Sydney University. He has published widely in Coptic and Manichaean studies, including the standard The Kephalaia of the Teacher (1995). He is also editor for the newly found Manichaean texts from the Dakhleh Oasis. 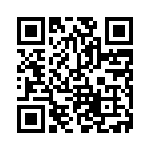