81 pages matching once in this book

James Ingram Merrill 1926-1995 James Ingram Merrill was born in New York on March 3, 1926. He attended Amherst College. Merrill would go on to receive every major poetry award in the United States, including the 1977 Pulitzer Prize for Poetry for Divine Comedies. Merrill was honored in mid-career with the Bollingen Prize in 1973. He would receive the National Book Critics Circle Award in 1983 for his epic poem The Changing Light at Sandover. He won the National Book Award for Poetry twice, in 1967 for Nights and Days and in 1979 for Mirabell: Books of Number. Merrill died on February 6, 1995. Since his death, his work has been anthologized in three divisions: Collected Poems, Collected Prose, and Collected Novels and Plays. 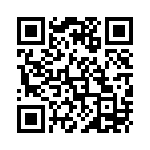