Rick Viscomi is a Staff Developer Relations Engineer at Google, working on web transparency projects like the HTTP Archive and Chrome UX Report, and studying the intersection of how websites are built and experienced. Rick is the host of The State of the Web in which experts discuss how the web is trending. Rick is the coauthor of Using WebPageTest, a guide for testing web performance, and writes frequently about the web on dev.to and on Twitter at @rick_viscomi.

Eric A. Meyer has been a burger flipper, a hardware jockey, a college webmaster, an early blogger, one of the original CSS Samurai, a member of the CSS Working Group, a consultant and trainer, and a Standards Evangelist for Netscape. Currently, he is a Developer Advocate at Igalia and co-founder of An Event Apart with Jeffrey Zeldman. Among other things, Eric co-wrote Design For Real Life with Sara Wachter-Boettcher for A Book Apart and CSS: The Definitive Guide with Estelle Weyl for O’Reilly, created the first official W3C test suite, and assisted in the creation of microformats.

Shuvam is a designer, doodler, writer, shutterbug and a software tinkerer. He’s currently designing at DeepSource and Indie-Hacking, working on Projects such as Doneth and exploring the rough edges of how computers interact with humans.

Nishu Goel is an engineer at Web DataWorks. She is a Google Developer Expert for Web Technologies and Angular, Microsoft MVP for Developer Technologies, and the author of Step by Step Guide Angular Routing (BPB, 2019) and A Hands-on Guide to Angular (Educative, 2021). Find her writings at unravelweb.dev.

Alex Lakatos has spent the past decade working on the Open Web within Browser, Communications, and FinTech organizations. With a background in web technologies and developer advocacy, he’s helping the Interledger Foundation build developer-friendly products while engaging with the developer community at large. You can reach out to him on Twitter.

Andrea Volpini is the CEO of WordLift, and is currently focusing on the semantic web, SEO and artificial intelligence.

Eric Portis is a Web Platform Advocate at Cloudinary.

Doug Sillars is a leader in developer relations, and a digital nomad working on the intersection of performance and media. He tweets @dougsillars, and blogs regularly at dougsillars.com.

Ingvar is a passionate D2D (developer-to-developer) programmer who’s always working on improving developer experience through better tools, specs and documentation. He currently works as a WebAssembly Developer Advocate on the Google Chrome team.

Barry Pollard is a software developer and author of the Manning book HTTP/2 in Action. He thinks the web is amazing but wants to make it even better. You can find him tweeting @tunetheweb and blogging at www.tunetheweb.com.

Patrick is Product Advisor, Technical SEO, and Brand Ambassador at Ahrefs. He’s an organizer for the Raleigh SEO Meetup (the most successful SEO Meetup in the US), the Beer and SEO Meetup, and the Raleigh SEO Conference. He also runs a Technical SEO Slack group and is a moderator for /r/TechSEO on Reddit. Patrick also likes to share random SEO knowledge in Twitter threads he calls Uncommon SEO Knowledge. He’s a well-known conference speaker, industry blogger (mostly on the Ahref’s blog these days), judge of search awards, and he helped define the role of Search Marketing Strategist for the US Department of Labor.

Tomek is the Head of Research and Development at Onely. He’s also building ZipTie, a product aiming to help website owners get more content indexed by Google. In his spare time, he enjoys hiking and playing poker.

Ian is a marketing consultant, SEO, speaker, and recovering agency founder. He founded Portent, a digital marketing agency, in 1995, and sold it to Clearlink in 2017. He’s now on his own, consulting for brands he loves and speaking at conferences that provide Diet Coke. He’s also trying to become a professional Dungeons & Dragons player, but it hasn’t panned out. You can find him pedaling his bike up Seattle’s ridiculous hills.

Alex Tait is an accessibility specialist whose passion lies in the intersection of accessibility and modern JavaScript within interface architecture and design systems. As a developer, she believes that inclusion driven development practices with accessibility at the forefront lead to better products for everyone. As a consultant and strategist, she believes that less is more, and that new feature scope creep cannot be prioritized over core feature parity for disabled users. As an educator, she believes in removing barriers to information so that tech can become a more diverse, equitable and inclusive industry.

Gary Wilhelm is the Digital Solutions Manager for the Division of Finance and Operations at UNC-Chapel Hill, which is a fancy way of saying that he works on websites and develops web applications. He started working to make his websites accessible in 2013 by studying specifications and has been interested in accessibility ever since, including spending large amounts of time learning about PDF accessibility through remediating several thousand PDF documents. In his spare time, he likes to travel, do yard work, run, watch sports, pester his wife and two teenagers, and help his dog look for squirrels and rabbits.

Sia Karamalegos is a web developer, international conference speaker, and writer. She is a Google Developer Expert in Web Technologies, a Cloudinary Media Developer Expert, a Stripe Community Expert, and co-organizes the Eleventy Meetup. Check out her writing, speaking, and newsletter on sia.codes or find her on Twitter.

Yana Dimova is a PhD student at imec-DistriNet, working on web privacy. Her general interests and work focus on online tracking, privacy vulnerabilities and privacy legislation and policies.

Victor Le Pochat is a PhD researcher at the imec-DistriNet research group of KU Leuven in Belgium. His interests lie in the exploration of web ecosystems, and in web security/privacy research methodology, both analyzing and improving current methods.

Saptak S is a human rights centered web developer, focusing on usability, security, privacy and accessibility topics in web development. He is a contributor and maintainer of various different open source projects like The A11Y Project, OnionShare and Wagtail. You can find him blogging at saptaks.blog.

Tom Van Goethem is a researcher at the DistriNet group of the university of Leuven, Belgium. His research is focused on discovering new side-channel attacks on the web that lead to security or privacy issues and figuring out how to patch the leaks that cause them.

Nurullah Demir is a security researcher and PhD Student at Institute for Internet Security. His research focuses on robust web security mechanisms and adversarial machine learning.

Jamie Indigo isn’t a robot, but speaks bot. As a technical SEO consultant at Deepcrawl, they study how search engines crawl, render, and index the web. They love to tame wild JavaScript frameworks and optimize rendering strategies. When not working, Jamie likes horror movies, graphic novels, and Dungeons & Dragons.

Dave Smart is a developer and technical search engine consultant at Tame the Bots. They love building tools and experimenting with the modern web and can often be found at the front in a gig or two.

Ashley Berman Hale is a technical SEO and VP of professional services at Deepcrawl. She is a mom to plants, animals, and tiny humans. Ashley plays in her local roller derby league and mentors upcoming SEOs.

Christian Liebel is a consultant at Thinktecture, supporting clients from various business areas in implementing great web applications. He is a Microsoft MVP for Developer Technologies, Google GDE for Web/Capabilities and Angular, and participates in the W3C Web Applications Working Group.

Demian is a member of Google’s Web Ecosystems Consulting team, born in Buenos Aires, Argentina and currently based in New York. His focus is on Progressive Web Apps and Advanced Capabilities. He often writes at web.dev.

Alon Kochba is a software developer at Wix, where he heads the performance efforts. Alon comes from a back-end background, with extensive experience in networking, and enjoys making the web faster at scale.

Tom is Innovation Director at Space 48, an ecommerce agency for ambitious retailers. He has over a decade of experience in ecommerce working with brands such as Ordnance Survey, Betty’s & Taylors of Harrogate and Smythson. He is now leading an initiative to launch a suite of apps for merchants on BigCommerce.

John currently works as a Google Cloud Platform senior developer and architect. He started his technology journey as a web developer focused on web performance and leveraging browser standards. He applied those principles as a freelance WordPress developer, and as an architect and engineer for several managed hosting providers. He is a firm believer in open web standards and sustainable web best practices. To that end, John has worked on several open source projects, including Google’s Lit project, and is a strong advocate for emerging web technologies such as Web Components and other performance based solutions.

Kevin Farrugia is a consultant on web performance and software architecture. You can find him blogging on imkev.dev.

Navaneeth Krishna is a Web Performance Architect at Akamai, a leading CDN provider. With over a decade of experience in the CDN industry, he believes the CDN will be an integral part to the growth of internet in the years to come and it will be a space to watch out for. You can find him tweeting @Navanee55755217.

Lode Vandevenne works at Google Switzerland as a software engineer and has contributed to compression projects including Zopfli, Brotli and the JPEG XL image format.

Moritz Firsching is software engineer at Google Switzerland, where he works on progressive image formats and font compression. Before that Moritz did research as a mathematician studying polytopes.

Jyrki Alakuijala is an active member of the open source software community, and a data compression researcher. Jyrki works at Google as a Technical Lead/Manager, and his recent published work has been with Zopfli, Butteraugli, Guetzli, Gipfeli, WebP lossless, Brotli, and JPEG XL compression formats and algorithms, and two hashing algorithms, CityHash, and HighwayHash. Before his Google employment he developed software for neurosurgery and radiation therapy treatment planning.

Leonardo is a Staff Software Engineer at Coinbase, leading initiatives that enable product engineers to ship the highest quality applications in the world at scale. He curates the NGRome Conference. Leo also maintains the Perfume.js library, which helps companies prioritize roadmaps and make better business decisions through performance analytics.

Jessica began her career as an opera singer and has been in the classical music industry for the past 10 years. In early 2020 and due to the pandemic, she decided to start a new career in Tech, specifically Web Development. She has always enjoyed writing and telling stories both on stage and off and published a series of three articles on Medium documenting her experience transitioning to this new field. She is currently looking for a full-time position in Technical Writing.

Dominic Lovell is currently a Solutions Engineering Manager at Akamai Technologies, and has been working for a number of years to make sites more performant and safer across the web. You can find him tweeting @dominiclovell, or you can connect with him on LinkedIn. 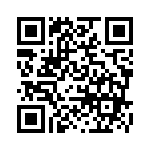