Robert Redfield, an American anthropologist, carried out early in his career a study of Tepoztlan, an Aztec community near Mexico City. This led to his first position at the Carnegie Institution in Washington, D.C. During the next 16 years he carried out research in Yucatan and Guatemala. Based on Henry Sumner Maine's contrast between status and contract, and on Ferdinand Tonnie's contrast between Gemeinschaft and Gesellschaft, he developed a set of ideas about folk culture, little communities, and Little and Great Traditions that have been enormously influential. In 1927 he joined the faculty of the University of Chicago, where he was dean of the social science division from 1934 to 1946. 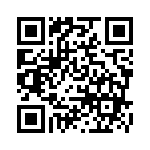