I used Flanagan's book to help prep for a "Philosophy of Psychology" course that I taught. My overall assessment is that it is useful, though flawed. It is useful in the following ways: Flanagan is a ... Read full review

An excellent, comprehensive resource; I just saved $40 this term of Philosophy. One wrinkle, however - the missing pages from this book make it seem that someone went through it, ripping out material at random. What ever happened to poor page seven?

Owen Flanagan is James B. Duke Professor of Philosophy at Duke University. He is the author of Consciousness Reconsidered and The Really Hard Problem: Meaning in a Material World, both published by the MIT Press, and other books. 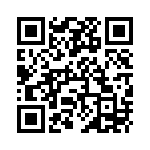