RAY TAKEYH is Professor and Director of studies at the Near East and South Asia Center of the National Defense University and author of The Origins of the Eisenhower Doctrine: The U.S., Britain, and Nasser's Eqypt, 1953-57.

NIKOLAS K. GVOSDEV is Executive Editor of The National Interest and a senior fellow for strategic studies at the Nixon Center. His most recent work is Civil Society and the Search for Justice in Russia. 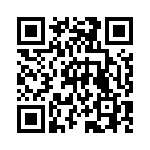